Vignettes of an Island: Batang 2nd

Batang 2nd, Sasmuan,﻿
Pampanga, Philippines
I woke up early on a Sunday morning to prepare for a trip to a place I only heard a few times. An island called Batang. 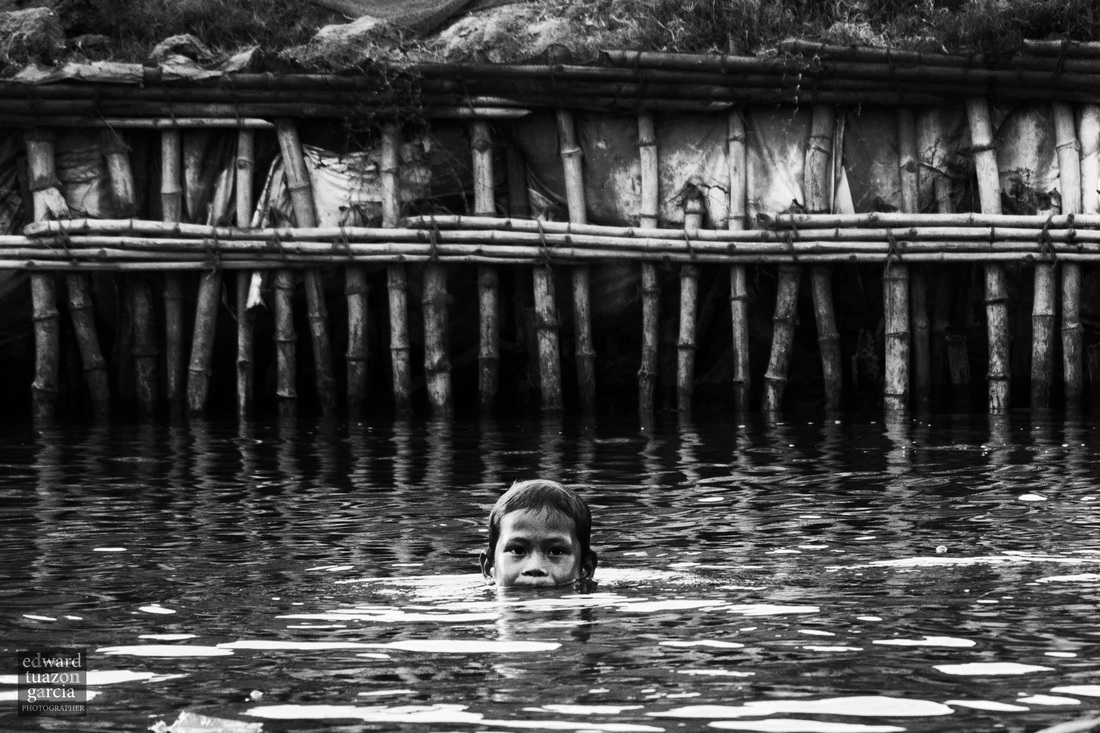 I saw an invitation on one FB group page (KLIK) of an FB friend who has an assignment to document life, history and the lives of Barangay Batang 2nd. I was so interested and very much eager to join his company that I cancelled a trip going to the Historic Island of Corregidor on the same day.

I read a few articles about this place Batang, Sasmuan or Batang 2nd to be exact. At first I thought it meant “Kid from Sasmuan” but then the name Batang 2nd is a Barangay in the town of Sasmuan, Pampanga. A small island across Orani, Bataan which connects to the waters or Hagonoy in Bulacan, to Navotas and to Manila Bay.

images from Google Map
We were already having a taste of the local mami soup when the sun lit the streets of Sta. Lucia Parish Church of Samuan as we wait for our banka (boat) ride.

Together with Mr. Ruston Banal a photojournalist and a visual anthropologist and Mr. Nigel Laxamana of the Digital Photographer Philippines Magazine, we met with our guide Mr. Alfonso Tolentino Jr., a resident of Batang 2nd who now works in a bank in the City of San Fernando. 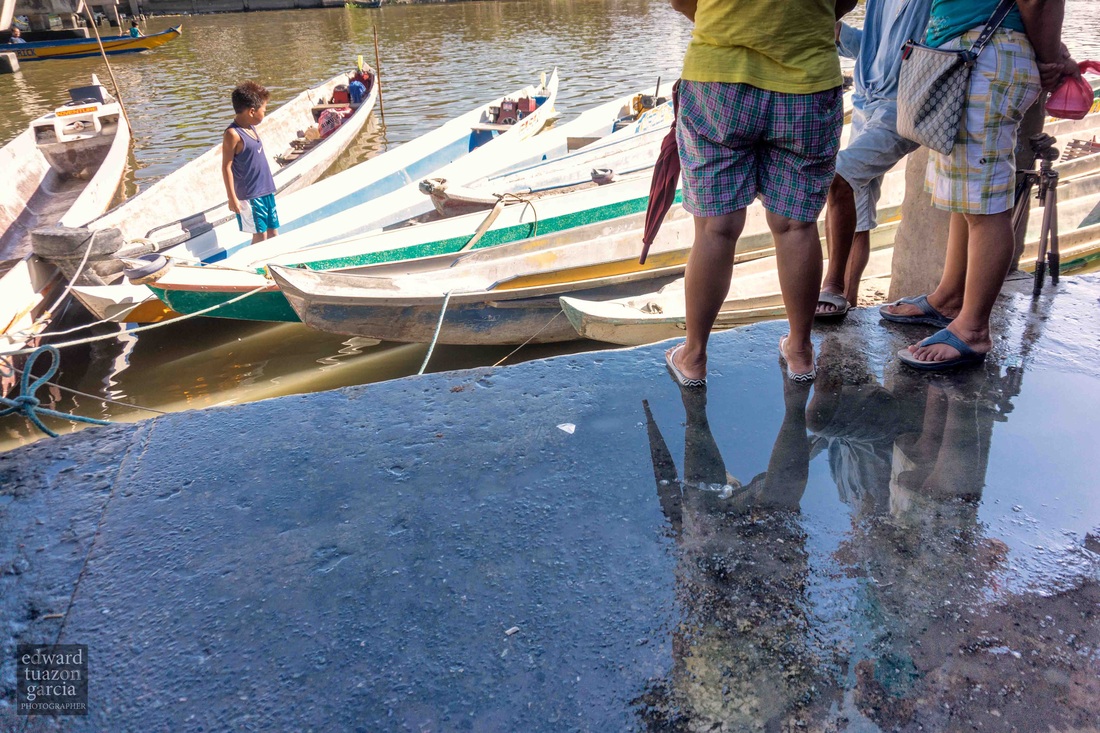 waiting for our boat ride 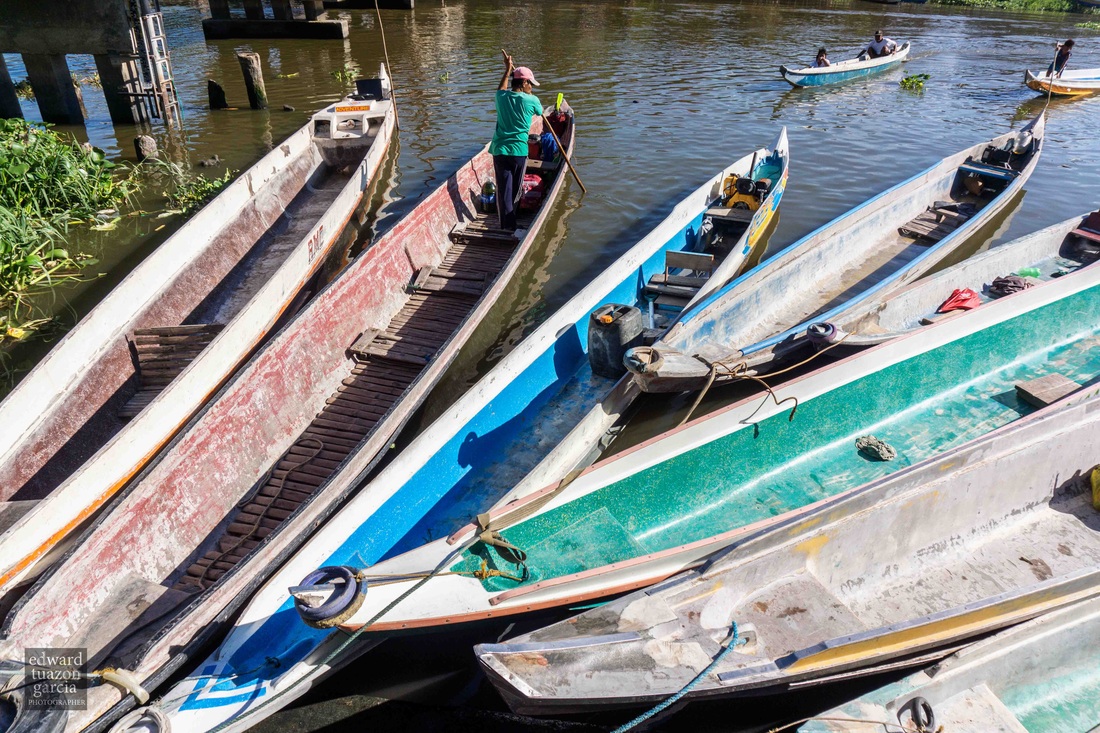 our boat man has arrived

It was quarter before 9AM when we started to cruise the waters of Sasmuan heading to Batang 2nd.  It was fascinating to see different landscapes and life as we hover along the canal. Lone houses atop mud soil, different kinds of birds and wildlife along its banks. Residents of nearby barangays together with their families also travel across this water highway. 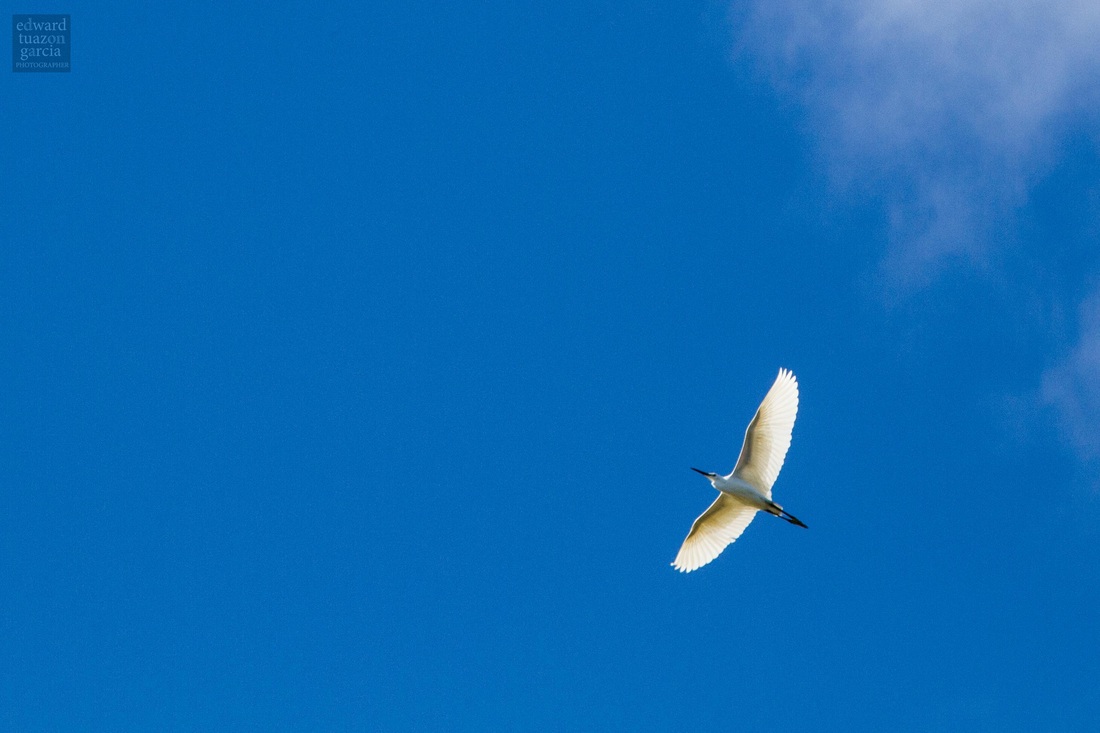 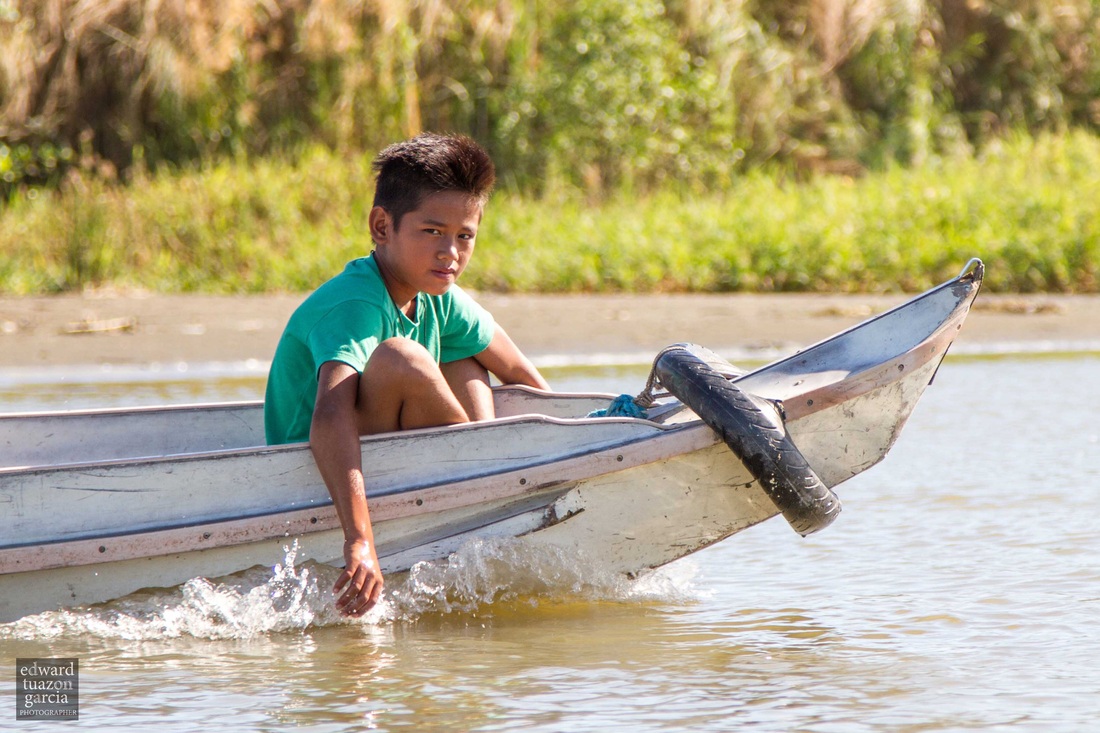 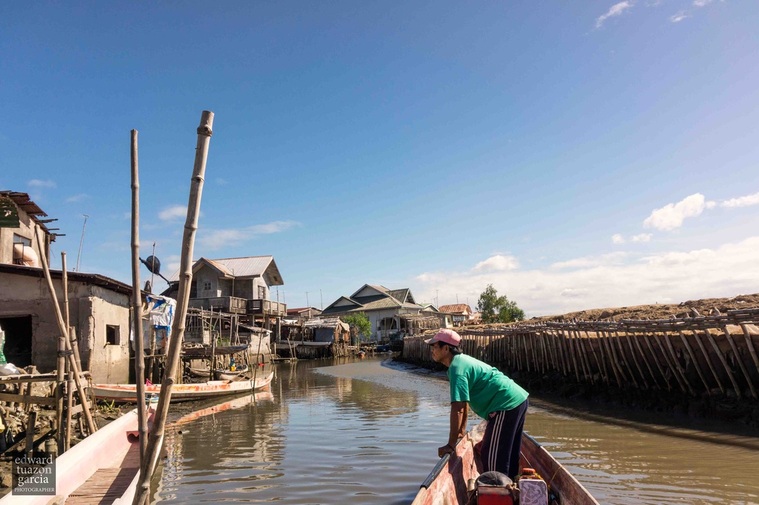 The high sun is starting to make its presence felt as we reached Batang 2nd. Our boat entered a narrow passage where residences are lined up on one side and a long line of bamboo riprap on the other side. We disembarked and climbed steadily over bamboo stilts to reach an outside wooden balcony of a house. After almost an hour of boat ride we were finally on land, well on the island that is. Batang 2nd.

As we are resting, Ruston and Antonio started telling us some of the stories about Batang 2nd. Batang is surrounded by numerous and huge fishery ponds and the first residents of the island were fiduciaries who take care of these ponds. Today Batang is inhabited by at least 500 families.

After a while, we started roaming the narrow street of Batang 2nd. The street is the only division between the houses. At the back of the houses is the passageway for boats and the rest is surrounded by fish pen.

Taking photographs of the residents was an ease. Everyone was so cheerful and very much willing to smile for the camera, kids and adults alike. 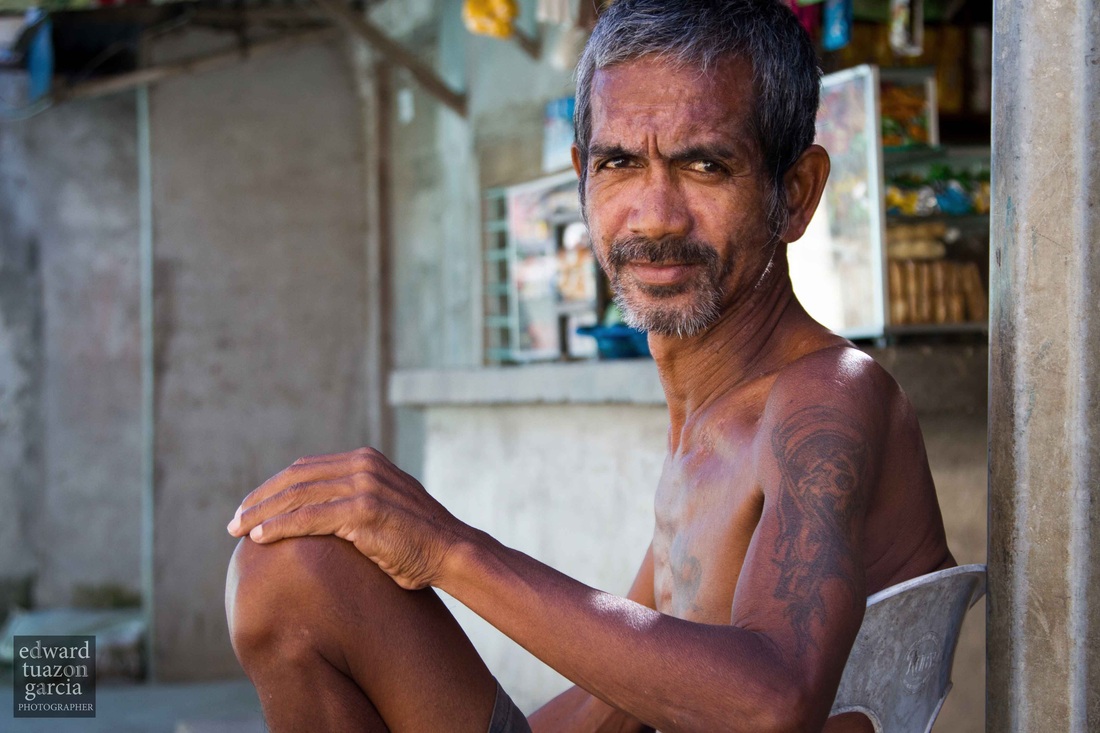 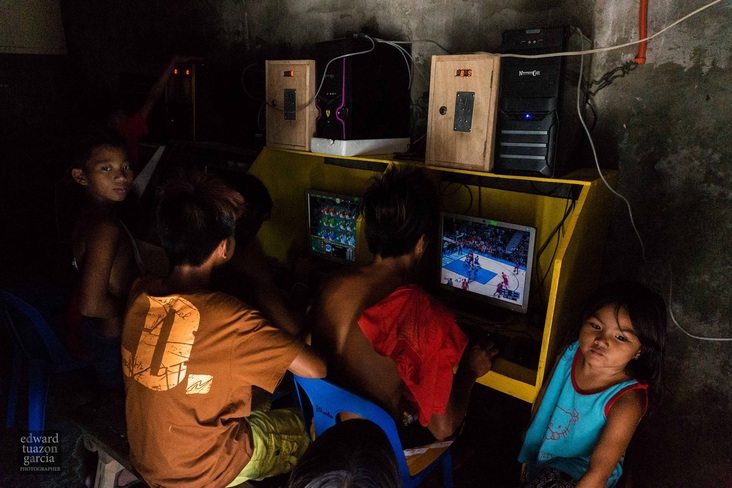 As we moved along I have noticed that despite its isolation from the town capital, technology is being enjoyed and is already a part of the community. Satellite cable tv, online gaming, internet and different gadgets. 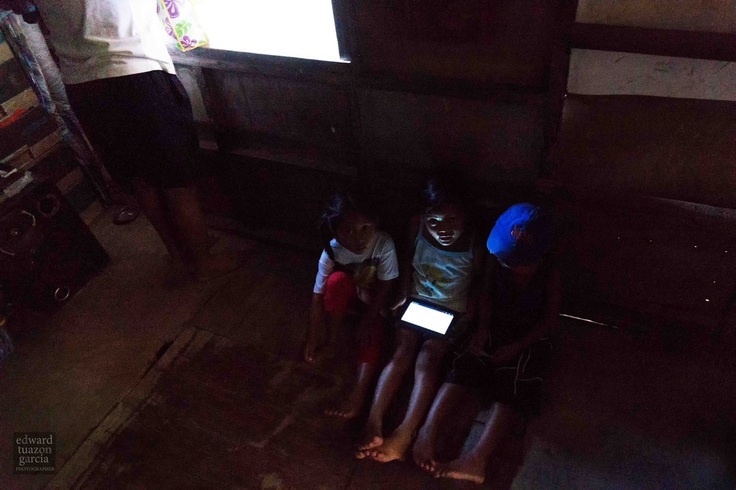 young children with their Tablet gadget. 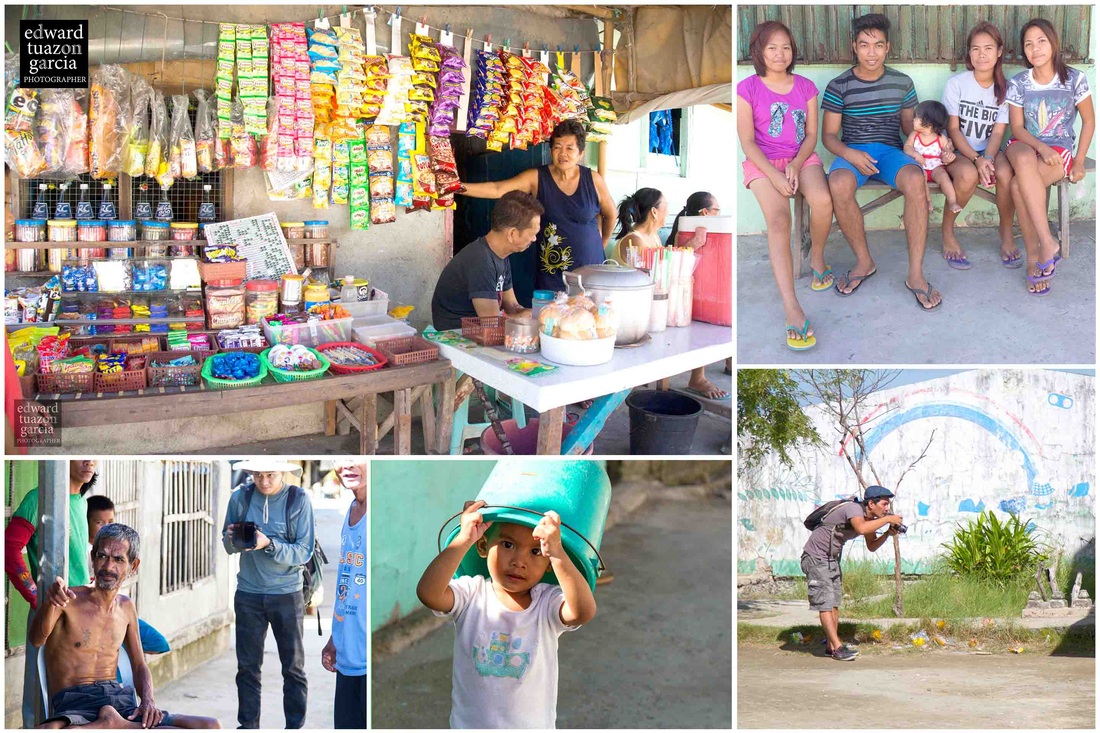 On one turn of the street is an extension of the island that residents named “Pinatubo” because its existence came from the hauled soil which Mount Pinatubo brought to the area. This part of the barangay still has some land for development. Maybe in the future as the community grows, houses will be build in this part of the island. 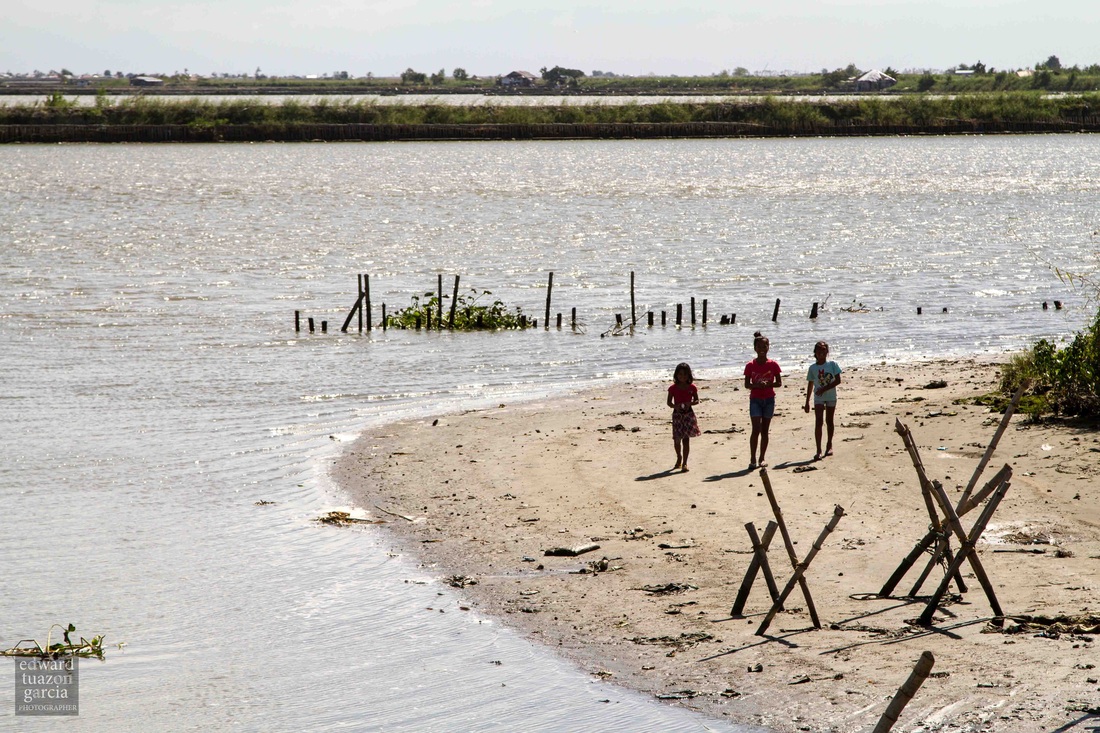 At the end of the Pinatubo extension is a bridge made of bamboo that is connected to a cemetery. As narrated by Alfonso, 5 years ago before the bridge was built, the residents have to carry or use a boat to cross the canal so that their departed relatives can be buried to the cemetery. 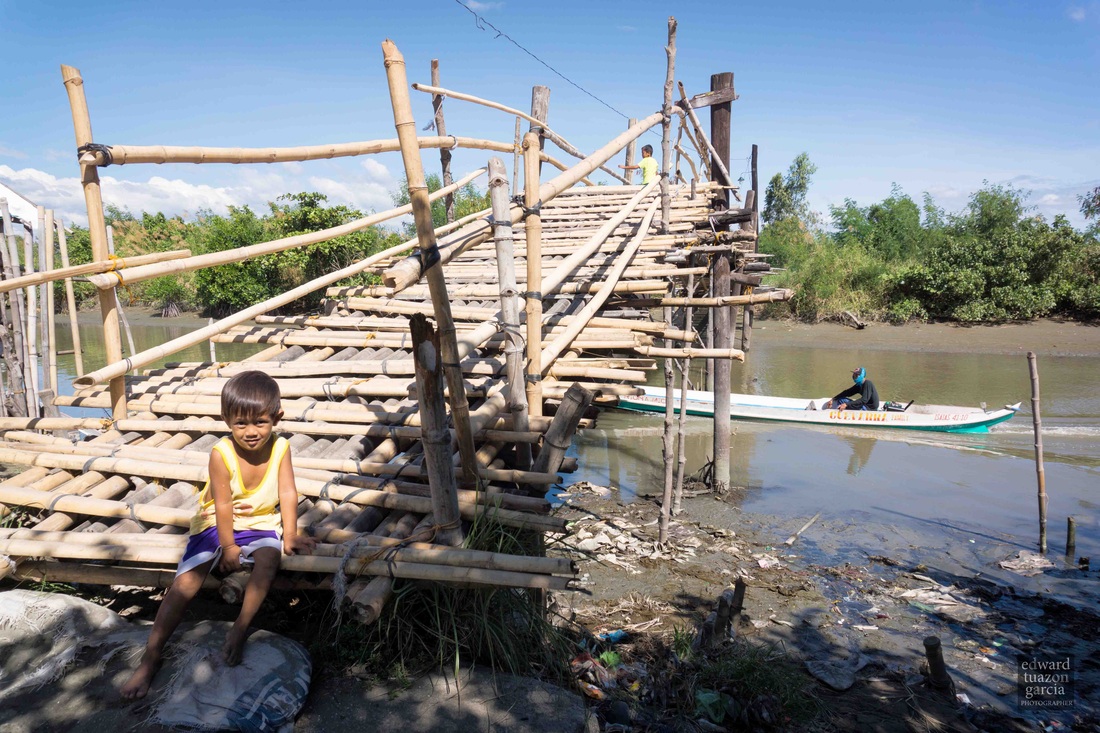 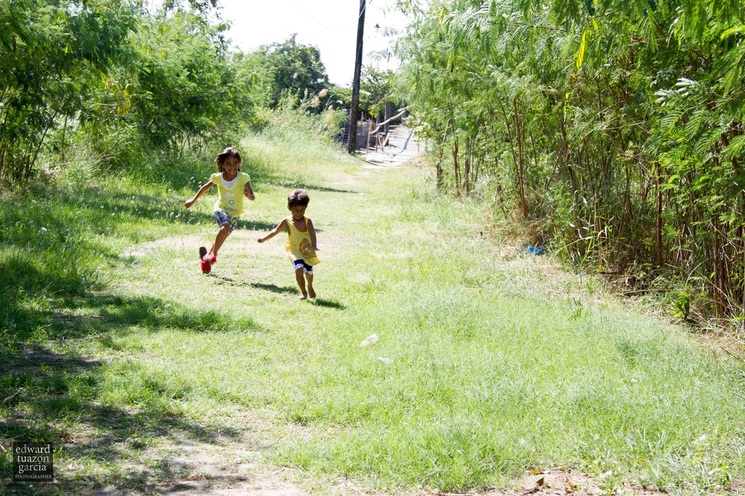 The path that leads to the cemetery after the bamboo bridge.
As I headed back to our host’s house, along the way I met Ms. Carmee Tolentino, a Mutya nang San Fernando Candidate whose ancestors are from Batang 2nd. Witty, charming and very down to earth, a true beauty queen and a proud daughter of the island. 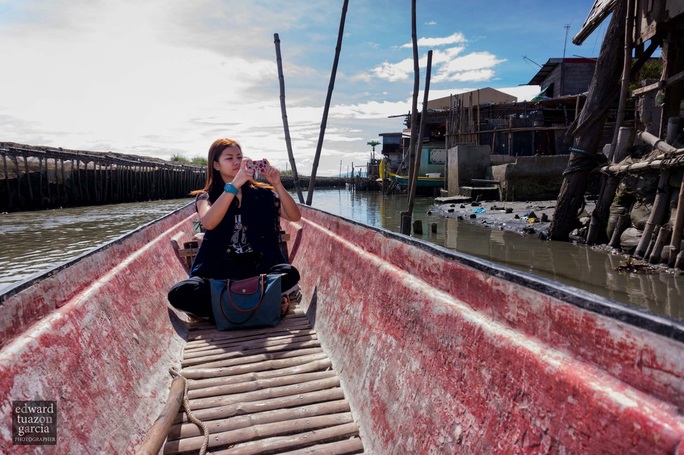 It was 12 noon when we had our mirienda of local pansit palabok, palitaw and softdrinks. As we are charged up again, we left Batang 2nd and headed to a birding site called “Bankung Malapad”, a 20 minutes boat ride from the island.

When we reached Bankung Malapad we were greeted by the remnants of what looked like an elevated path walk made of bamboo stilt posts. We descended bare foot from the banka and walked on the muddy surface of the shore, weaved through small mangroves to reach the viewing deck of the birding site. The viewing deck was no longer there and only its bamboo posts were left standing.


Sea shells, mangroves, and birds inhabit Bankung Malapad and its nearby islands. From a distance are Bataan and the Bay of Manila. 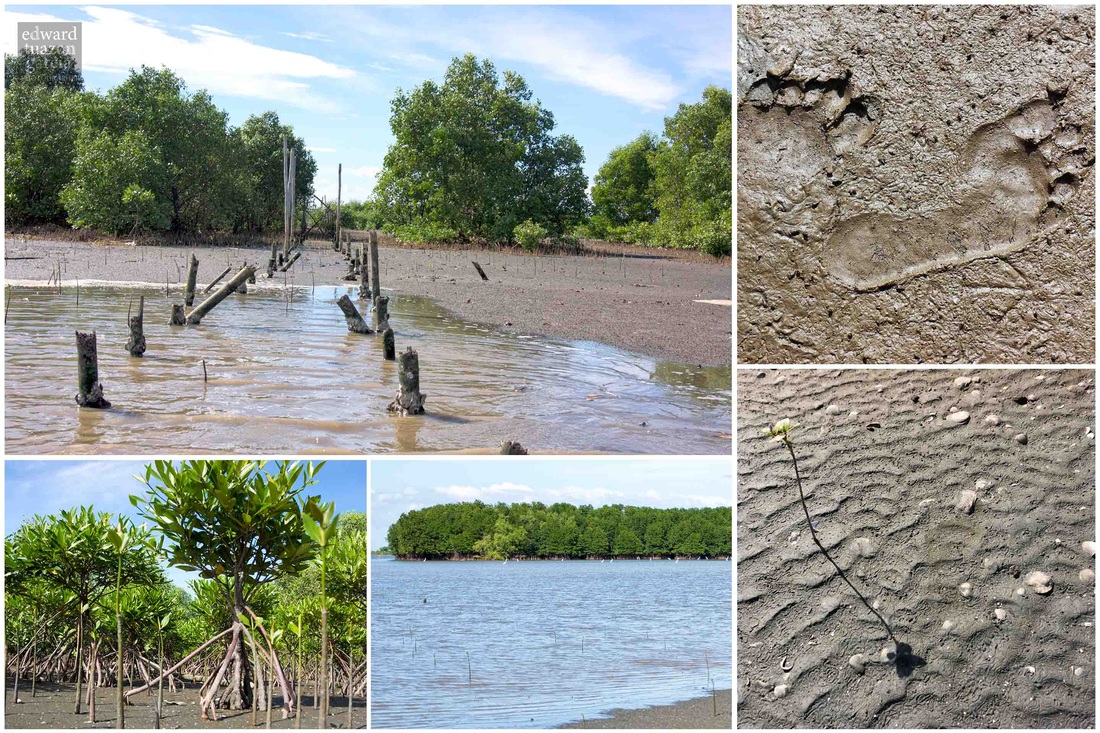 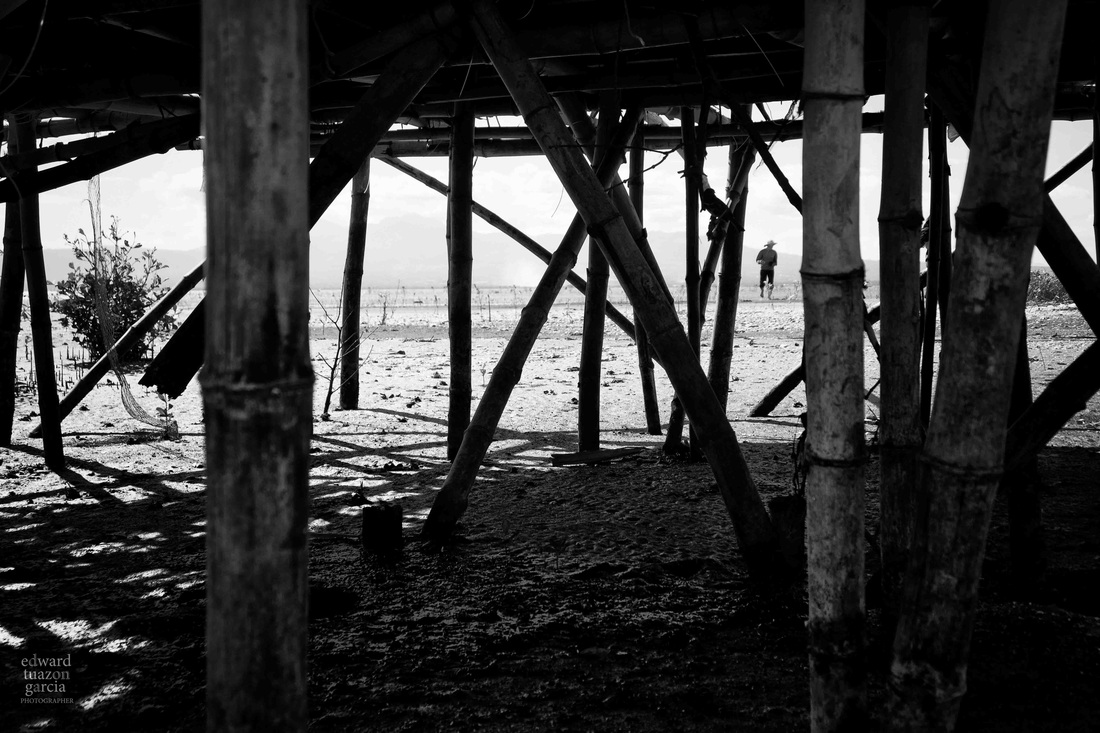 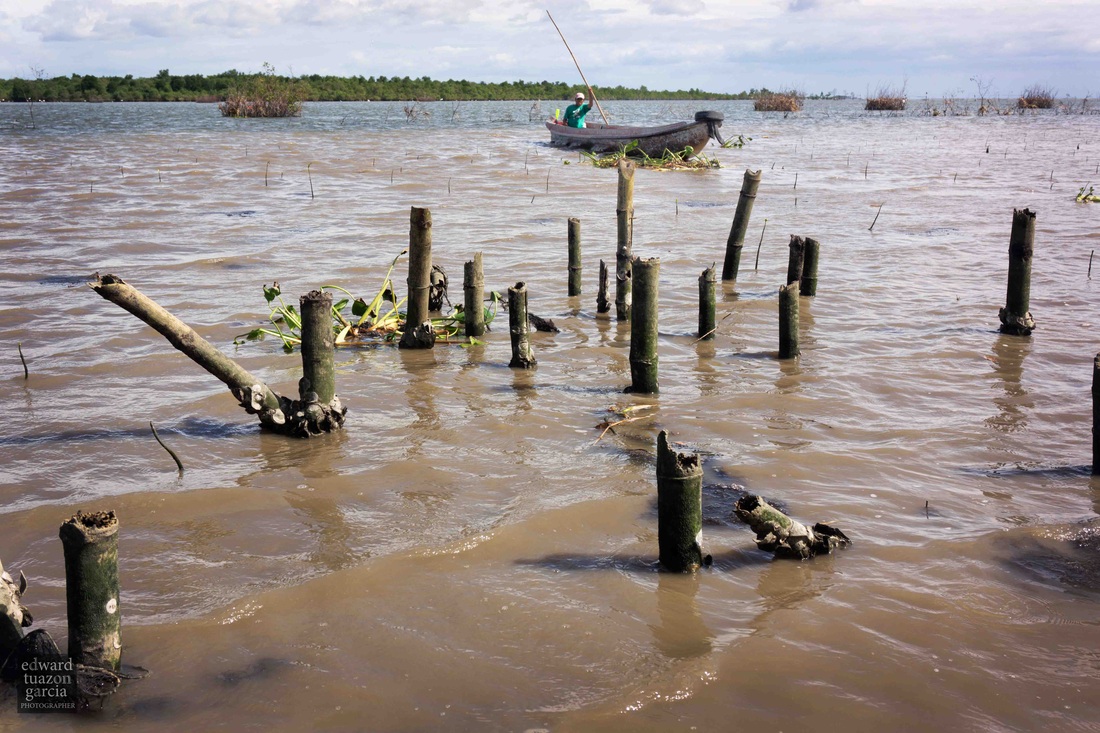 After exploring Bankung Malapad, we headed back to Batang 2nd. It was almost 3PM when we had our festive lunch of talaba, shrimp, crabs, ensaladang kamatis and sinigang na manok. We had too much to eat that one of our companion’s chair started to sink 4 inches deep on the soil where he was seated. Well, the food was so delectable, one can’t help but eat 3 kilos of what was served. 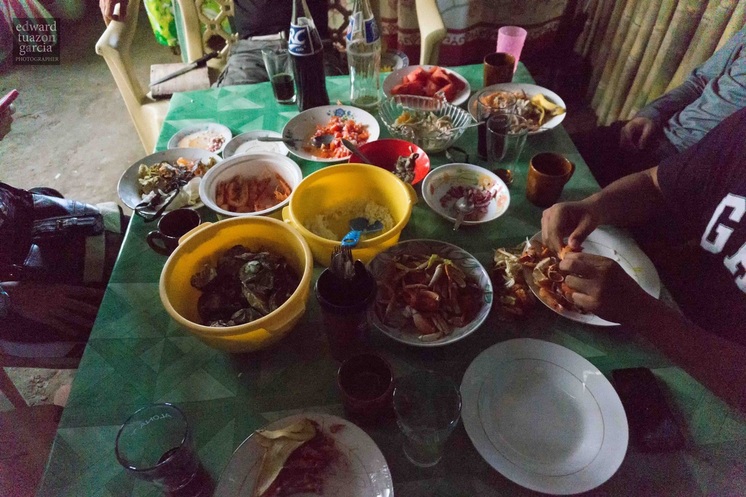 We noticed that their glasses have initials of name on them. We were told that they put engravings on their plates and glasses so that the neighbors will be able to identify to whom they will return them from. It was wonderful to know that the custom of sharing your meal with your neighbors is still being practiced in this barangay.

Few minutes after resting from our lunch we decided to see the other edge of the island. After a few more photographs of the bangus harvesting and some more of the residents, it was almost 5PM... We headed back to Sasmuan and left the island of Batang 2nd. 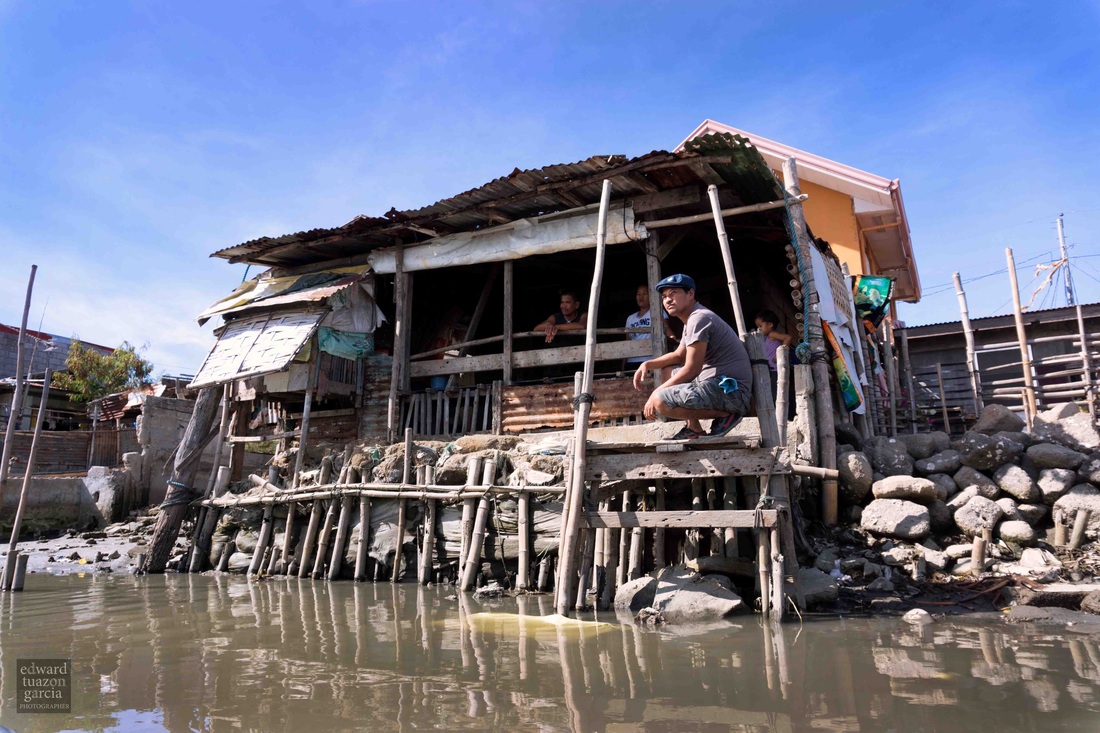 Batang 2nd is a barangay that is full of wonderful things. It has its own colorful history and tales. The people living in Batang may not have much material things, but what they have is a genuine love for their possession. The possession of family and the possession of community. The residents of Batang are indeed proud of their roots. This was proven by some of the residents who left the island in search for a much greener pasture. They never forget to look back from where they came from. They keep coming back to Batang and still keep giving back to its community.

I heard a lot of inspiring anecdotes when I was in Batang and now I have my own anecdotes to tell for all the things I have learned from this place.

No wonder Mr. Ruston Banal keeps coming back to this isolated island. He was definitely right when he told me that Batang 2nd is an “unbelievable” place.


Almost an hour of boat ride and 43kms of road heading back to my home, it was already dark. But I was not even tired yet. I even had time to remove the mud from my toe nails, clean my cameras and brows the photographs I have taken.

As I end my day I summed up my short adventure...

heard a lot of interesting stories...

had a chance to document a unique and proud island...

And most of all, I was glad I woke up early on that Sunday morning to prepare for a trip on a place I only heard a few times. An island called Batang.

see the rest of the photographs here:
http://edwardtuazongarcia.weebly.com/vignettes-of-an-island-batang-2nd.html