"don't you disturb my tea break" 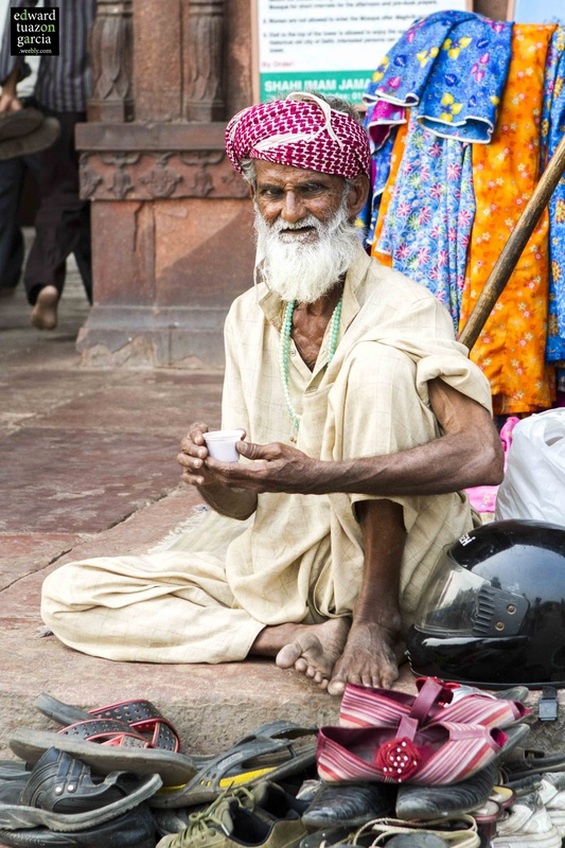 This fella was a bit intimidating, because when I got there I saw him walking up and down his spot, talking in a loud voice, giving directions and instructions to people passing along his corner of a Mosque entrance. People going inside the mosque deposits their shoes/slippers to him. He guards them and a currency is given in return.

His character interests me, I was hoping I'll capture a portrait of him. So I waited…

Finally, after a while he took a break. He sat on his corner and calmly started sipping his hot chai (milk tea). I changed my lens to a long telephoto and I began shooting. He noticed someone is taking a picture of him from a distance. A long  lens pointing in his face. He gave this flat long stare.

After a few shutter clicks I walked away and didn't look back at him. I just made my way inside the mosque, as if nothing happened.